First of all, I would like to thank my mentor Roger Luo and Jinguo Liu for supervising me during Google Summer of Code 2020. In this GSoC project, I will develop a new Julia package ZXCalculus.jl which implements ZX-calculus, and integrate it as a circuit simplification engine with YaoLang.jl, the next DSL (domain-specific language) for Yao.jl and quantum programs. Yao.jl has achieved a state-of-art quantum simulator with many advanced features such as automatic differentiation and symbolic computation. As a user of Yao.jl, I’m so glad to have the opportunity to make contributions to it. In this blog post, I will summarize what we have done before the first evaluation.

Quantum computing uses the principles of quantum mechanics for computing. To describe quantum algorithms, we often use the quantum circuit model which is the analog of the classical logic circuit model. Quantum circuits are consist of a set of basic quantum gates such as Pauli X, Y, Z gate, Hadamard gate, T gate, CNOT gate.

In general, there will be lots of equivalent quantum circuits representing the same operation. At the viewpoint of quantum hardware, one wishes to find the circuit that minimizing the usage of hardware resources. Unfortunately, finding the most desired circuit is a very hard problem in computational complexity, as checking the equivalence between two quantum circuits is coQMA-hard (quantum analog of coNP) 1,2. Despite this, we still have some heuristic efficient algorithms for quantum circuit simplification. In this blog post, I will introduce a powerful tool for this problem, ZX-calculus.

Moreover, by the definition of Z-spiders and X-spiders, there are basic equivalent rules with which one can simplify ZX-diagrams.

After simplifying ZX-diagrams, we should transform them back to circuits. In the paper 3, they developed algorithms for the above scheme.

During GSoC 2020, I’m going to achieve a Julia implementation of ZX-calculus. In the following sections, I will explain the reasons and methods briefly for this project.

Proposal for this GSoC project

In YaoLang.jl, one can define hybrid quantum programs with classical information (e.g. classical parameters, classical control flows). These quantum programs will be transformed into an intermediate representation (the Yao IR), which contains quantum circuits along with SSA (static single assignment) form of the classical program. These circuits will be simplified with ZXCalculus.jl. Then YaoIRs will be compiled to backend instructions, like QASM or the simulator instructions of Yao.

To achieve the best performance in the compilation and enable further customization of the simplification procedure, a pure Julia implementation of ZX-calculus is necessary.

The circuits extraction method is a canonical method of ZX-calculus based circuit simplification algorithms. I will mainly discuss how I implement this method.

To implement these algorithms, we need to implement data structures for storing ZX-diagrams and rules on how ZX-diagrams change. A ZX-diagram can be regarded as a multigraph with extra information on its vertices. Each vertex is one of Z-spider, X-spider, or H-box. In the original ZX-diagrams, open edges are allowed. For simplicity, we added 2 special kinds of vertices, input boundary, and output boundary, for recording these edges. We use the adjacency list representation for storing multigraphs. An adjacency list is stored as Dict whose keys are the ids of vertices.

Because we need to rewrite multigraphs with ZX-calculus rules, it will be more convenient to fix vertices ids. So we use Dict instead of Array. There are phases for Z-spiders and X-spiders. We need another Dict for storing these phases. The data struct of ZX-diagram is similar to follow:

From now, we have built up data structs we need.

To simplify ZX-diagrams, we need to implement rewriting rules in ZX-calculus. There are two steps, matching rules and rewriting ZX-diagrams with corresponding rules. We used the holy traits tricks for Julia multiple dispatch for matching and rewriting. The APIs are like these:

For simpilifying ZX-diagram with a rule, we defined simplify! which is like

This is the most complicated part of the simplification scheme. For more detail, one can read the original paper. I will only explain the circuit extraction algorithm briefly.

There is a property for any ZX-diagram of a quantum circuit. That is we can define a g-flow on it. With a g-flow, we can know the order of all spiders. The rules we used for simplifying the ZX-diagram will preserve this good property. It gives us the possibility to extracting circuits from simplified ZX-diagrams.

Moreover, any graph-like ZX-diagrams are CNOT + H circuits locally. We can extract these CNOT circuits with Gaussian elimination over $F_2$. Together with the remaining H gates, CZ gates, and Z-rotations, we get a circuit equivalent to the original one.

The demo circuit is from the appendix of the paper 3. All the codes can be found in examples\ex1.jl of ZXCalculus.jl.

Finally we got the simplified circuit.

What I have done

In the past phases during GSoC 2020, I have built up the main part of ZXCalculus.jl, including

With the above functions, one can construct a circuit and simplify it. This is our main goal before the first evaluation. In the next phase, we will focus on the integration of ZXCalculus.jl and YaoLang.jl. 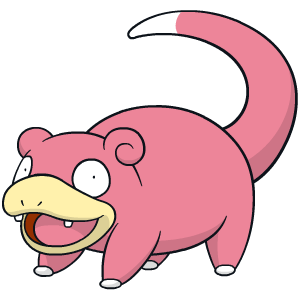